Everyone has met that person – or people – who fills you with so much frustration want to pull your hair out – and, unfortunately, sometimes you even have to work with them. 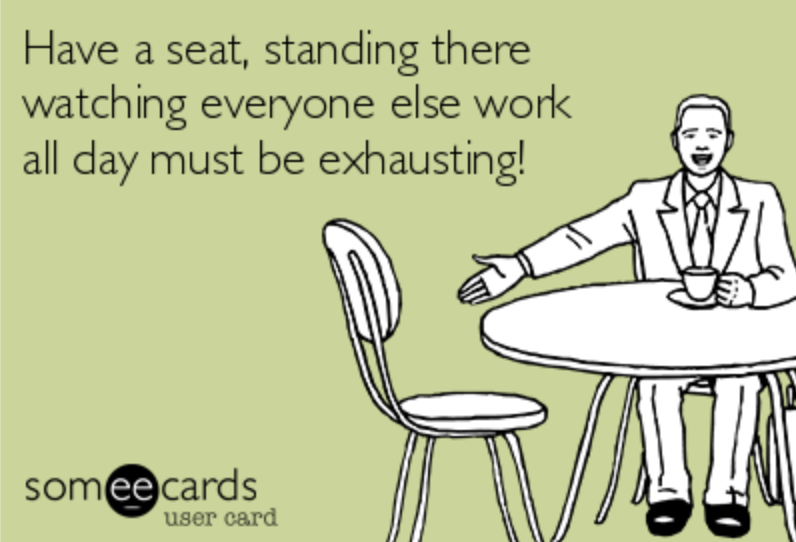 I’ve encountered more than my fair share of difficult people – those who don’t get their work done as promised, have crappy attitudes, don’t show up for meetings, stick vehemently to their views, push back on responsibilities, refuse to collaborate – and on and on. Sound familiar yet? Keep reading.

Also, as I run my own business, I depend on collaboration for many projects, and there are definitely times when I feel stuck because everyone is so firm in their views it’s impossible to get a consensus about anything. (Kinda sounds like our world in general, doesn’t it?)

I used to get pissed off when I had to deal with these people. After a while though, I learned that there’s no way to avoid difficult people – and if you refuse to work with them, you may not be working at all. That’s because, in the long run, it’s probably more difficult to avoid or hide from someone than it is to figure out how to work with them.

So rather than quit your job every time you encounter a frustrating person, why not equip yourself with the skills you need to deal with them?

Here are some strategies I’ve used to effectively work with the people I’d rather not be working with.

Listening is the best and most effective way to deal with “unreasonable” people. Everyone wants to feel heard, and I’ve found you can’t make progress until the other person feels acknowledged. While you’re listening, really focus on what the person is saying – not what you want to say next. If, however, after all your efforts, you deem the situation to be hopelessly negative, you may need to cut them off. Then it’s time to switch to problem-solving.

Nothing diffuses a difficult situation better than staying calm. Don’t return anger with anger. Raising your voice, pointing your finger or speaking disrespectfully to another person will only fuel an already heated situation. Use a low, calm, even monotone voice. Don’t try to talk over the person. Wait until they take a breath, then take your turn to speak. Someone who is calm is seen as centered, respectable and in control. Strangely enough, when this person sees that you are calm despite whatever he or she is doing, that’s when you’ll start to get their attention.

3. Treat everyone with respect.

No one likes to be treated as if he or she is stupid/incapable/incompetent (fill in the negative attribute here). The golden rule still holds fast for adults: if you’re going to treat someone with disrespect, don’t be surprised if he or she treats you the same way.

We’ve all been there. It’s tempting to try to appease difficult people to get them to go away. For example, when you hear someone complain about benefits or the boss (or whatever), you might be inclined to offer a little nod of your head and a quiet “yeah,” or maybe even a little “what can we do?” shrug. Even though these responses seem harmless, they really just fuel the flames. Nothing gets accomplished unless you’re open and honest.

If you are clearly listening but you don’t say anything, Mr./Ms. Difficult will interpret your silence as agreement. And worse, if others are present, they too will assume you agree. Whether the complaint is about the boss, the benefits or a client, silence means you’re “with” the complainer.

People who whine a lot often do so because they feel powerless – maybe they even believe the situation is hopeless. Your only chance of diffusing the negativity is to help them to move into problem-solving mode. To be honest, this doesn’t always work, but it’s still the only antidote we have. Focus on complaints you can act on rather than harp on things you can’t. Focus on the actionable steps you can take – and help the other person take – to move yourself, the other person and the business forward.

Remember, one response does not fit all when it comes to difficult people – you’ve got to be flexible. Although these guidelines have proven effective in de-escalating tough situations, every person is unique and may respond differently. If you need help with something (or someone) specific, contact me at penn@pennultimateconsulting.com and let’s have a conversation.

Tweets by PennUltimate_
Get Notified!

Sign up to get notified when we update our blog!